**Properties available for sale and pricing of properties on this website may be outdated due to the swiftly changing real estate market, please contact me directly for updated and accurate home searches

The entire valley encompassing Henderson, Las Vegas and North Las Vegas is actually quite small and a lot is crammed in this little valley.

DISCLOSURE: This FREE resource site contains affiliate links & ads related to items my audience is interested in.  This enables me to support this site by sometimes earning a commission if you decide to make a purchase via these ads or links. 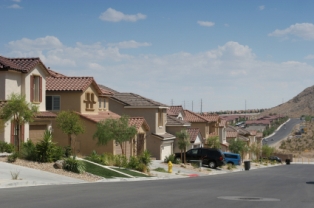 In its entirety, it is not that big but certainly expanding.  Currently Henderson has over 310,446 residents and it has a history and great qualities all it's own.

You will find abundant churches of all denominations, types and styles, schools both public and private and abundant parks and recreation amenities.

The activities offered by the city are endless as well!

They have incredible playgrounds and water features which we call "splash pads" for summer play.  These are FREE and located at a lot of their public parks.  You can visit here to find the locations.

The parks and amenities are in abundance in this city, it is as if no expense was spared for their residents.  I find it interesting that this city is literally right next to Las Vegas yet seems to take so much more pride in it's service and care to public areas than Las Vegas City.

Mayor Jim Gibson's grandfather, Fred Gibson (visit here and scroll down for a history), was one of the original engineers sent to Great Britain to learn the secret of creating the magnesium which would eventually help the United States and the allies win the war.

But, in 1947, magnesium production was no longer necessary for defense and most of the 14,000 BMI employees moved away. History Continued at page bottom..

Please click here to read the latest issue of Henderson Happenings, this is a very large and complete guide to all of the recreational, leisure activities, classes, trips, etc.  that are available at all of the Henderson Nevada recreational centers throughout the city.

Each issue of this magazine gets mailed to the residents of Henderson City and it is a great guide for seniors looking for things to do with other seniors, parents looking for affordable dance classes or tot tumbling classes, or even childcare.

There is a dance section for all ages, adults too, there are trips to California, nature trips, the mountains, trips to Laughlin.

From gardening to kids cooking and baking in the live kitchens, you will be amazed at the community feel and participation of the city's Parks and Recreation Department.

City Recreation Centers -
Where most classes and events take place

Want to know the real reason Henderson Nevada has won the hearts of residents and visitors?  Well, it has a lot to do with the small town feel, the green tree lined streets, the great Country Clubs, the Golf Courses, and definitely the abundant shopping.

There is a social opportunity in everything you do here.  With outdoor malls like "The District" and great events at the Henderson Pavilion.

Find clubs and organizations that make you feel right at home.  Hope to see you soon at the neighborhood Whole Foods Market which has Sprockets Bar and grill!

... Enrollment in the school system was reduced by 2/3 and well over half the town site houses, built to house plant workers, went vacant.  In 1947 the United States War Asset Administration actually offered Henderson Nevada for sale as a war surplus property.

The Nevada Legislature spent a weekend visiting the city and evaluating the possibility of state administration of Basic Magnesium plant in an effort to save the city.

Within days of the visit, the legislators unanimously approved a bill giving the Colorado River Commission of Nevada the authority to purchase the industrial plants.  The Bill was signed on March 27, 1947, helping save Henderson from becoming war surplus property.

With the help of local industry, the City of Henderson, Nevada, was officially incorporated on April 16, 1953.  On May 23, 1953 with its population of 7,410 an about 13 square miles in size, the City quickly began to grow and flourish.

Today, the City of Henderson has grown to more than 107 square miles and is the second larges city in Nevada.  The city's official slogan is "Henderson - A place to Call Home" reflects a community that enjoys small town values while benefiting from big city efficiencies with its approximate population around 293,000 (2017).

The city celebrated its thirtieth anniversary in 2016, a testament to the community's long standing support for it's residents, arts and cultural program, public events, parades, senior citizen support and so much more!

The City hosts Nevada's only scenic Bird Preserve and a variety of other cultural events as well.  Of all of the cities within Clark County, Henderson has perhaps the brightest future for Southern Nevada.

***Thank you from "Our History" City of Henderson Official Site. If you would like to find a home in this area please visit our real estate resource click here

Other Las Vegas Communities - areas nearby, surrounding best places to live in the valley.

Return to Las Vegas Community from "Henderson Nevada".
Home | About Us | Contact Us | Advertise on Live in Las Vegas NV | Build a Site Like This